The vendors and would be guides and touts may not say it in so many words but this town is all about getting money out of tourists without a perceived desire to be polite about it. No need to be truthful either.

Oh dear. Do I sound jaded? Well we’re pretty sure we’ve not met many honest people here in Fes. Pat suggests it’s because we are three women and that perhaps having a guy along would change things. I don’t disagree. Very sad if that’s the case. I’d be willing to bet that women shop and spend more tourist money then men. This is clearly a mysoginistic culture but if tourism really is that important to the economy, I’d suggest that Moroccan men (at least those who ply the streets of this town) get over themselves and realize – this is 2016.

Specifics? I know you’re wondering what’s got me so ticked off!

Let’s start with our hotel. Upon booking I’d carefully stipulated that three twin beds were a requirement and also stated that a shared double bed was not acceptable. We arrived to a room with one double and one single bed. At first the owner thought this was actually fine. We told him no. So he set off to find us a different place to stay – no problem. But then he and his wife changed their minds and said we could have two rooms for the same price. After two nights the owner came and suggested I would want to pay more for the single room. He was very put out when I said no. He whined and got cross and did the loud man talking thing. And I said no. He found it very difficult to let the matter rest so I suggested we’d happily go else where. He grudgingly relented.

Today while out on a wander we were invited into a shop to look at the pretty ceiling with a promise there’d be no requirement to shop. The ceiling is glorious and we knew there’d be enticement to shop. The sales pitch to buy some jewelry was no surprise and quite slick. After some discussion Pat gives the vender her final price for a set of “silver” (tin) earrings. He takes a fit when she says it’s that price or she doesn’t want them. Calls her “difficult” and gets bent out of shape when she doesn’t want two sets. I’ve never encountered people like this before. It takes all the joy out of shopping. Pat did get the earrings for her price. I bought some too and we’re pretty sure we both paid way too much….

We’ve been exploring various parts of the old medina with a map and by following colour coordinated signs which take tourists on self guided walking tours through different areas. It’s a wonderful way of exploring as we’ve been down alleys we’d never have entered otherwise. Every once in a while the way gets confusing (I think the odd sign may have been removed on purpose). When this happens it would be normal to ask a person for directions, but not in this town. Either people deliberately direct the misplaced tourist into a high pressure sales pitch “carpet museum” “or leather museum” or they misdirect in some random direction that has no bearing on the desired route. They steadfastly refuse to identify one’s current position. The other ploy is to latch on and try to elicit payment for being a “guide.” Getting rid of the unwanted guide takes a bit of doing. Becoming very interested in whatever in a nearby shop works but then of course one is dealing with the vender. Yesterday though a young boy was very helpful and took us a short distance the wrong way to near where we wanted to go…. I decided to give him a small payment and the brat asked for double the amount. I offered to take what I’d paid him back and he ran off. Even the kids are leading the fine art of ripoff.

A fellow we were talking to today said tourist numbers are way down. No wonder. Tomorrow we are going to explore the new medina – it was built as late as the 1300s so we’re expecting all sorts of modernization!

By the way, yesterday we saw the oldest and first indoor modern bathroom in Morocco while touring around a falling down Glaoui Palace. Now this palace is itself an amazing place. The family used to be one of the richest in Morocco but they backed the French and ended up having all their money taken. They still live in the crumbling place and show people around their home to make a bit of cash. It’s quite sad to see the dreadful state of a once incredibly beautiful and grand palace, and rather odd to see the family toothbrushes in the historic bathroom. 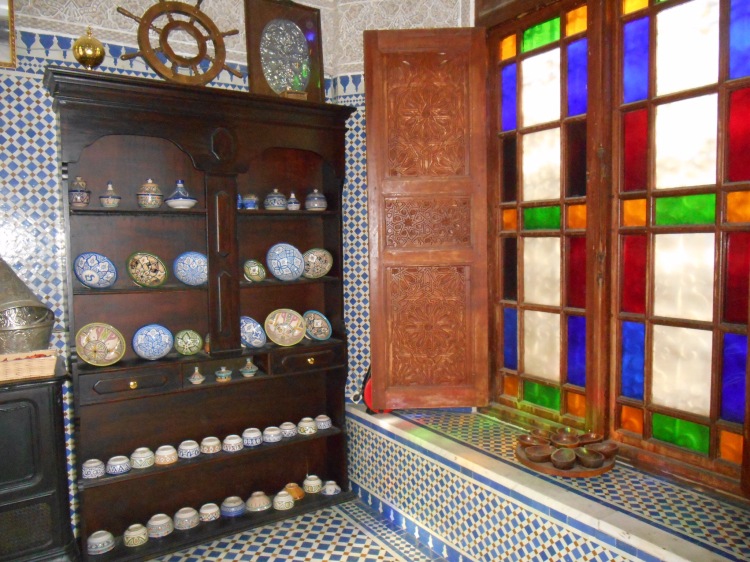 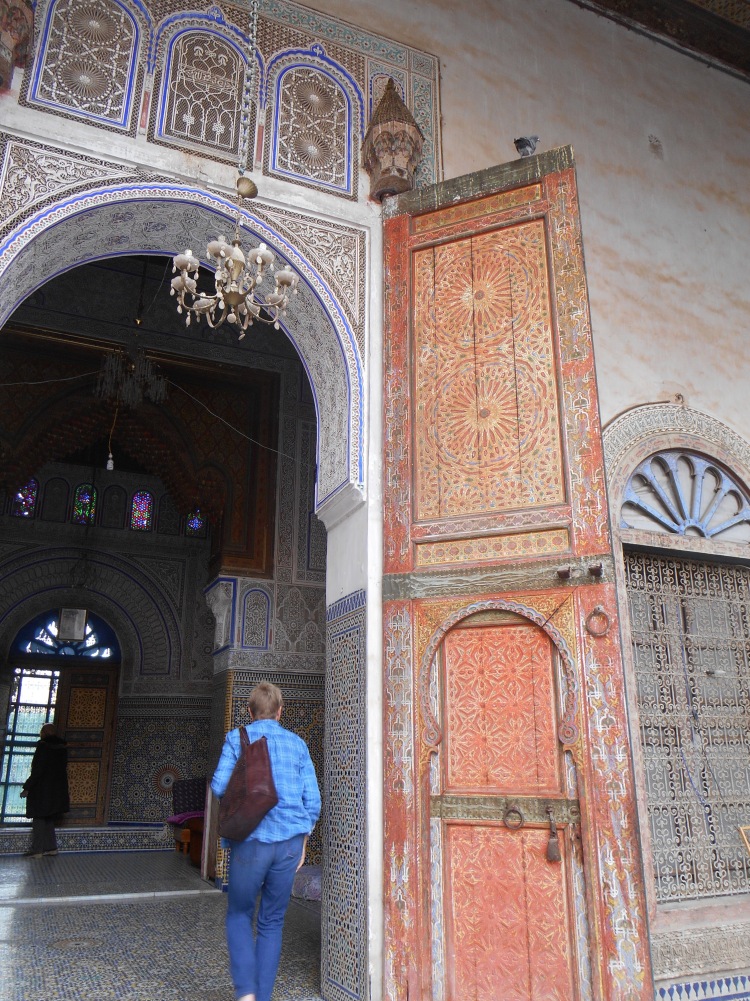 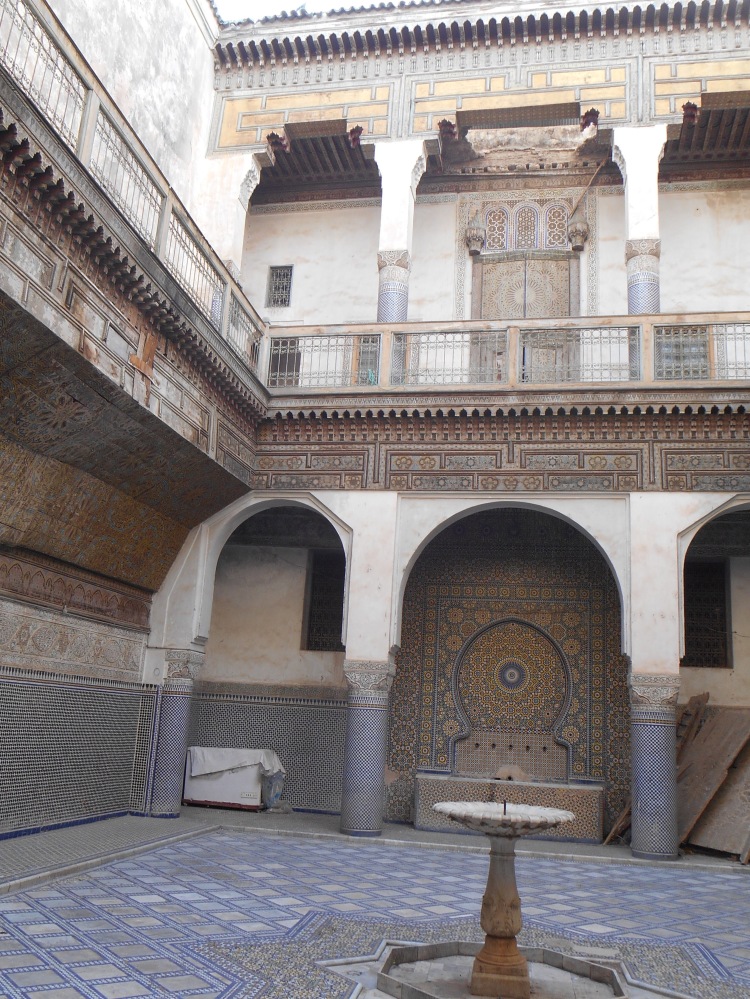 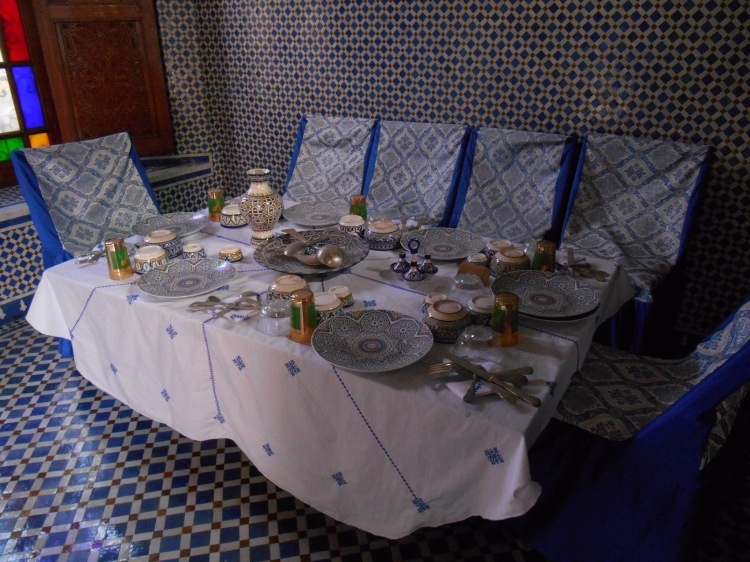 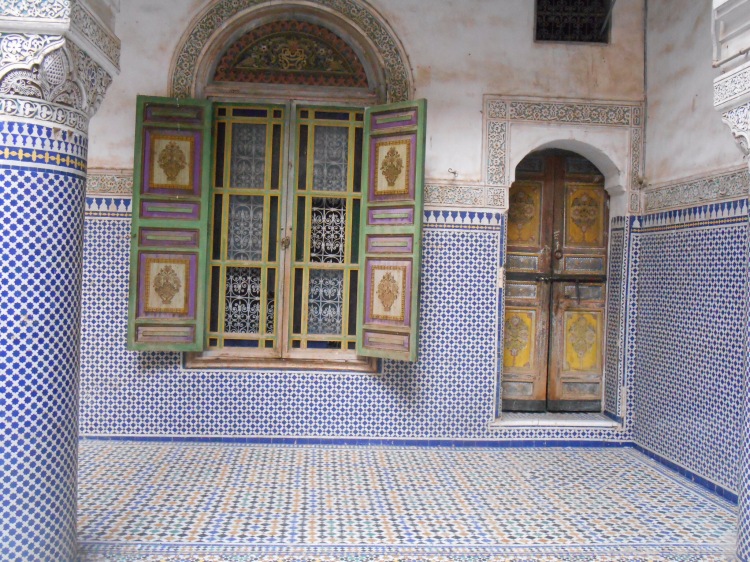 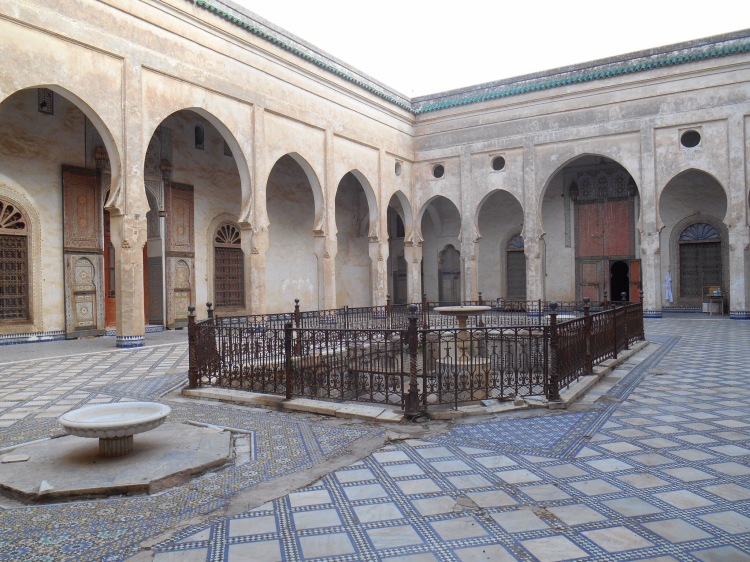