“Well yes Kim I think it is. The style is too square to be Ottoman. No columns, so not Greek, and the Romans were too busy building their damn road well north of here – definitely Byzantium.”

Despite this area’s current state of disrepair, we are walking through a historically rich region of the planet. Antiquities are everywhere. Remember the Greek civilization? I wish a few more people who currently live here did, but that grand and glorious time is well and truly gone!

Then there were the Romans – indeed, it is a Roman road we’ve been doing our best to follow. Unfortunately the current inhabitants of this land have lost the concept of safe havens within walking distance of each other. In fact after today’s walk, I’d say they’ve lost the concept of walking from point A to B entirely. We spent some time walking along a divided highway. It was awful! Thankfully we found a side road and took it into Kavala. Greek drivers often don’t use lines painted on roads as guides. They just drive randomly where-ever while texting and even changing clothes (yes we witnessed that). We did some quick footed dodging into the road side ditch one several occasions! Unfortunately there was no other place to walk along this particular stretch of coast. Those past Greeks, Romans, Byzantians, and Ottoman’s  would be horrified no doubt!

Tomorrow we will take a bus for the first few kms out of town. This seems to be the best way to avoid a day of further ditch jumping, car and truck dodging!

Anyway I digress – I know that’s a habit of mine! We have seen several historically interesting monuments during the past couple of days. One very large fortress was surprisingly unlabelled. Almost every little ancient wall around here has a label so we were surprised. However Pat and I were not overly concerned – we feel we can now recognize Greek, from Roman, from Byzantine, from Ottoman ruin. The ruin of this particular edifice stood tall, and square upon a head land. What a fortress it must have been. Such power it must have protected. No doubt in our minds – Byzantine! The arches, the squareness, the tallness, the colour, the building materials…….oh ya we are the experts on this! 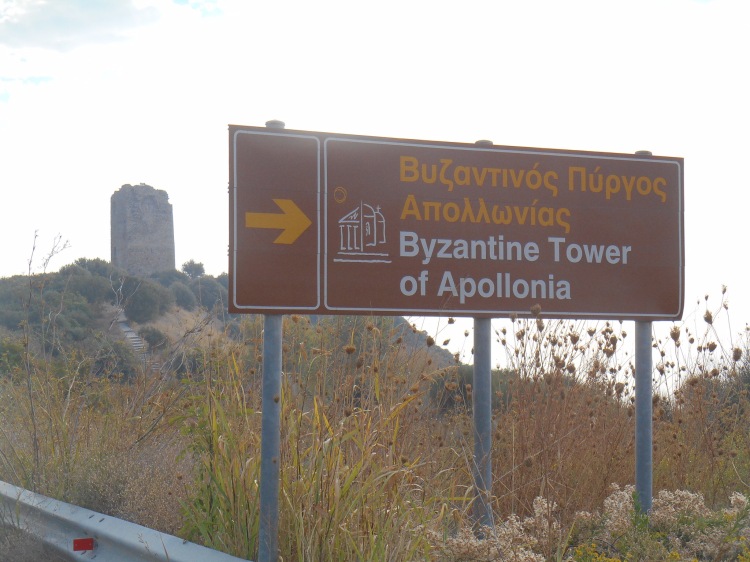